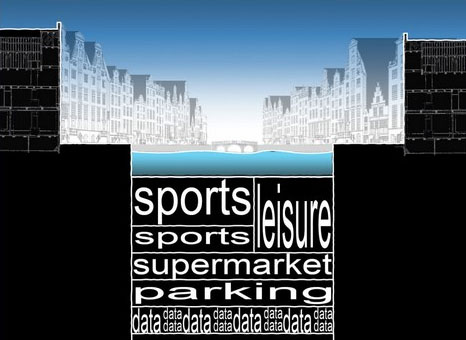 It is no surprise that as land-dwellers we don’t think about the oceans as much as we should given that they cover over 2/3 of the planet. The water bodies of the world may be the key to progress for our species in more ways than one (such as underwater living shown above) and the oceans hold many mysteries yet to be discovered. Still, we are having a profound effect on our waters and need to be mindful of just how powerful our impact can be.

Amsterdam is perhaps a likely place to find proposed innovations in underwater living – a progressive place that continues to face challenges related to rising water levels. Why under the canals specifically? They can be drained, dug down and built into and then simply refilled – there would be no need to uproot existing dwellings to proceed with this process.

A mysterious compound known as chromophoric dissolved organic matter (CDOM) may be a key piece in the puzzle of ocean life. This material is thought to be vitally linked to the development and nature of ocean life as well as greenhouse gases and climate changed. This matter is simply the combined refuse from various plants and other debris that mix in the world’s oceans.

“Almost half of the world’s oceans have been seriously affected by over-fishing, pollution and climate change, according to a major study of man’s impact on marine life.” An alarming study shows that as much as 40% of marine life has been “significantly altered” by mankind while only 4% remains essentially untouched.