Every once in a while I find a website that is really exceptional and which has been made by an average Joe. That is to say, this isn’t some big, corporate owned website with lots of paid employees slaving away over it; and yet, it is really, really valuable.

Take, for example, DavidTryse.net. It appears to be sort of personal project by this globetrotting fellow named David Tryse on which he’s compiled different sets of environmental data and used the Google Earth application to map them out. 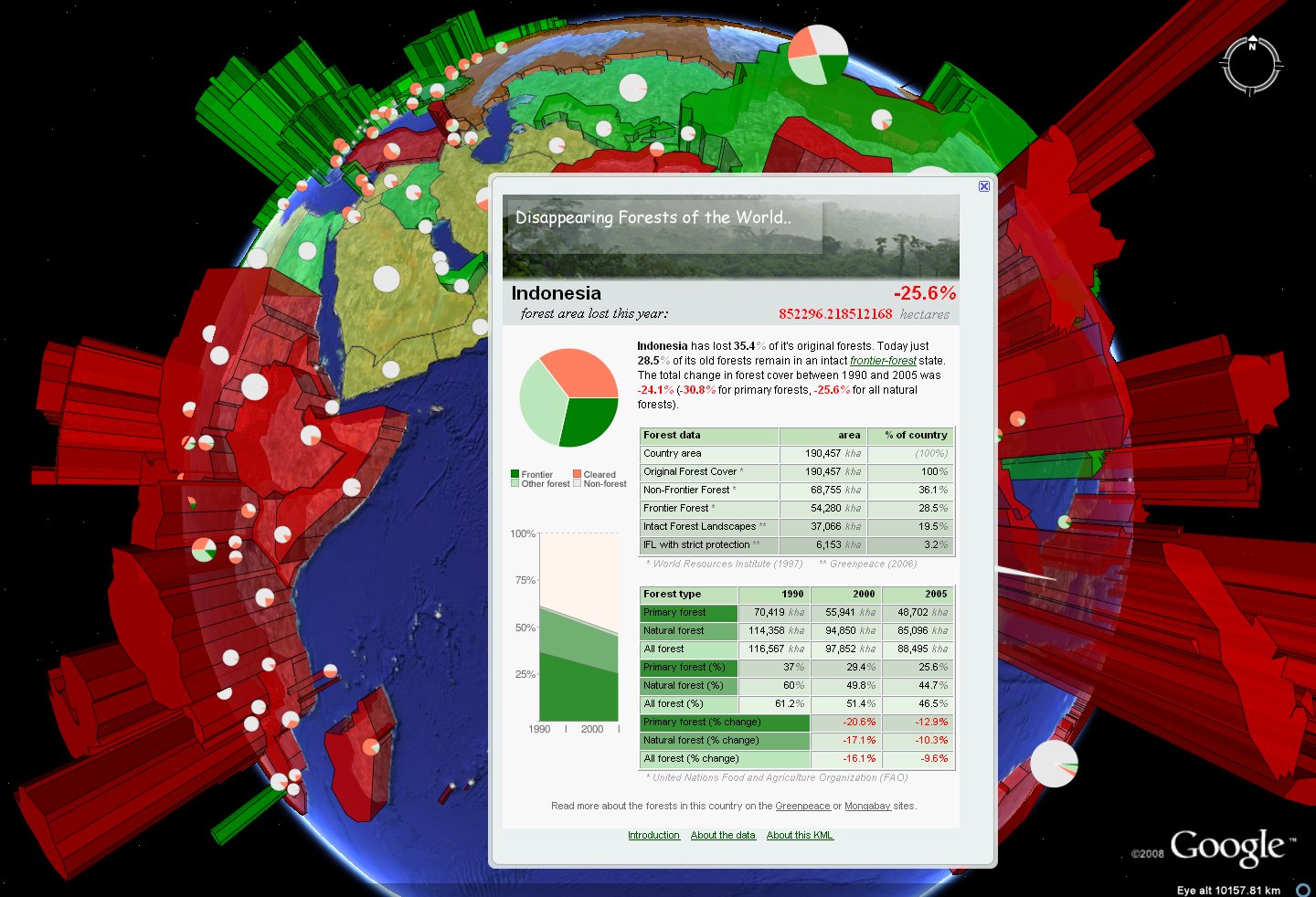 He’s got files made up for:

The next time you have a presentation to give about any of these green topics, try using these maps on a laptop and projector to dazzle your audience. Graphically, Google Earth is gorgeous–and all the maps are highly interactive.

The best part is that he gives links to all the data resource sites. He’s really done an outstanding job compiling a lot of really valuable, usable information in one place. Go play with it for a while and you’ll be impressed.

So, thanks David Tryse, whoever you are. We’ll be checking back regularly to see what else you’ve got up your organic sleeves.

In order to use this site you’ll need to download Google Earth.