San Francisco residents vying for the option of public power have had hopes dashed eleven times since the 1920s, but the fight against power entity Pacific Gas and Electricity (PG&E) is entering its twelth round, and this time supporters of the proposition – Proposition H – believe that November 4th will mark a victory for them and the environment. 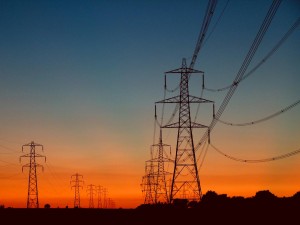 Since the 1960s the Bay Guardian has championed the prospect of publicly owned power, but now the Sierra Club, eight of 11 area supervisors, and the San Francisco Democratic Party are collectively behind Proposition H. The noteworthy hold out? Mayor Gavin Newsom, who contends that “the people” aren’t terribly interested in such an initiative, and are more concerned about beggars and smacking into potholes with their vehicles. Newsom maintains Proposition H is nothing but a sheep-in-wolf’s clothing, acting as a concealed attempt to takeover the for-profit PG&E.

This doesn’t rub Prop. H supporters well, who insist that the duplicity of Newsome is unacceptable.

“It is the epitome of hypocrisy considering how flagrantly his political trajectory is attached to green policymaking,” said Supervisor Ross Mirkarimi, a longtime supporter of public power. “He really is becoming a walking contradiction when he’s preaching about the need to go green while defending PG&E.”

Public power supporters are aimed at achieving a city that relies on 50% renewable sources by 2017, and 100% by 2040. While PG&E derived 11.4% of its juice from renewable sources in 2007, the company is highly likely to fall short of the 20% mandate by 2010 put forth by California. Depite criticisms, spokespeople at PG&E insist the corporation is among the greenest utilities in America.

There is little objectivity to be had by either side. Some city officials say the takeover could cost as much as $4 billion, while others vehemently disagree, arguing that the takeover would pay for itself in time. Advocates for Prop. H swear electric rates will go down; PG&E officials claim rates will rocket by $400 a year. See a pattern here?

Oh, and Mayor Newsom?  He has some intriguing ties to PG&E. The power company has co-hosted parties with him and donated to various causes tied to Newsome. Further, the mayor’s chief political strategist has been hired by PG&E as a consultant in their quest to squash Prop. H. We’ll let readers take of this what they will.

For further details on the structure of Proposition H, click here.