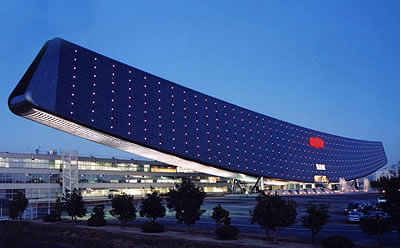 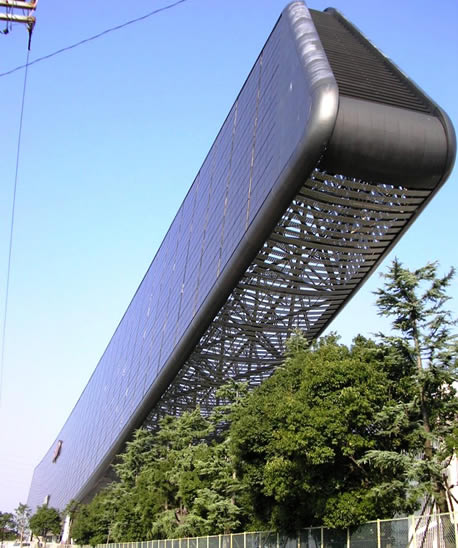 As a working example of the potential of solar energy, the structure contains a solar museum with interactive exhibits as well as a solar lab and various meeting rooms for global environmental programs. The curved form is designed to take maximum benefit from as well as to graphically reflect the path of the sun and its energy. An elaborate truss system allows dizzying cantelevers to span out from the center of the structure and rise toward the sky. More info @ MetaEfficient. 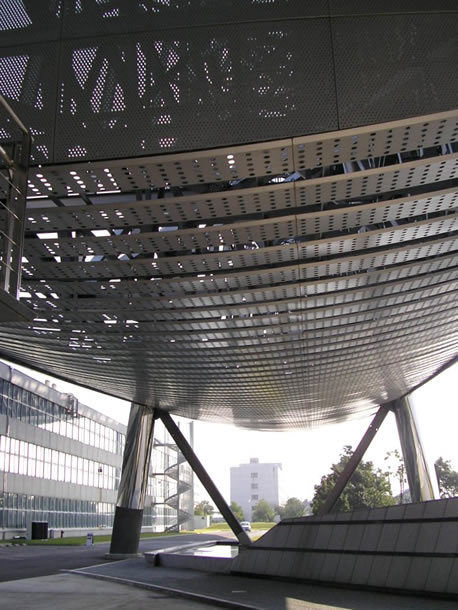 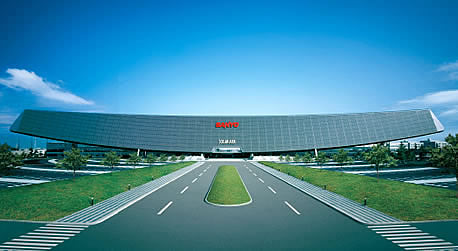