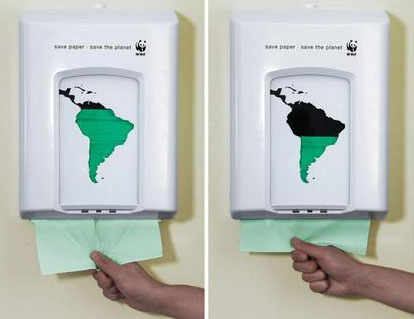 What is it about climate change that stirs everyone up so much? When innovative technology is applied to cars, houses or other everyday things everyone seems to celebrate progress. However, when articles come out about climate change the tone shifts and the skeptics come out in force. Ecoble invariably gets the most crass, spammy and downright incorrect comments on such articles. But why?

Is it just too big of a concept for people to grasp? Too complex to know for sure and therefore it elicits negativity? Or could it be that we are scared it could be true and eager to believe detractors who, possibly for personal profit, resist reacting to the potential threat post by global climate change? Even when alternative explanations, such as volcanoes, are presented to problems such as localized ice melting.

In the face of the complex and (of course) global nature of the problem, it is all too easy to throw up one’s hands and declare there’s no point worrying about it. But there is. Climate change could have a series and devastating impact one the world, affecting humans in every aspect of life from temperature to agricultural production. The debate just keeps heating up, too, as private individuals, companies and entire industries on both sides find they may have a lot to lose.

If you’re still a doubter after combing recent related news articles, look no further than this description of what may be the sixth mass extinction on Earth. Is it alarmest? Maybe. Are species becoming extinct at a more rapid rate than at any other point in human history? Absolutely. What does it mean? That’s up to you.

2 thoughts on “What is it About Climate Change?”