Many would say that the Church of Scientology is unsustainable in more ways than one, but few have stopped to consider how that applies to the natural environment. While Scientologists overtly organize to protect nature and profess to protect the planet many of their practices seem to contradict their statements. The overall effect seems to be alarmism couple with inaction: all of the theoretical zest of GreenPeace with all of the inaction of President Bush. Here are some of the ways in which Scientology seems to skew environmental issues and play on public opinion without a correspondingly set of proactive strategies. This side of Scientology seems to have been lost in the scandalous shuffle of recent news but Scientology’s mixed messages and actions on the environment are also important.

Strange Science: Putting aside questions of science versus pseudoscience, dsagree or agree with climate change, the infamous Hubbard Electrometer is purported to measure mysterious “environmental toxins” in one’s bloodstream. This “technology” is misleading at best as well as a waste of resources, from the mechanical components in these myriad devices to the endless pages of paper wasted while producing “diagnoses” of individuals. Perhaps worst of all this strange emphasis on mysterious environmental factors distracts from actual environmental issues. 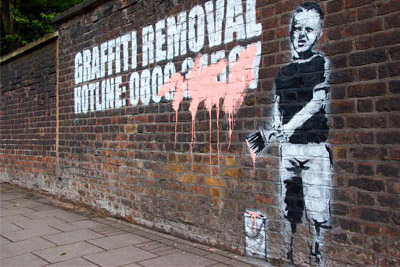 Global Apocalypse: Still, the E-Meter isn’t their only environmental concern – Scientology is also worried about the future of the planet. Still, if Scientologists are truly concerned with saving the Earth, which in their words may “no longer support life [within our] lifetime,” then why focus on graffiti removal and other short-term city beautification projects? Were this global apocalypse truly a concern for them it would seem that their priorities don’t align with their concerns about the world. Why worry the small things if the entire planet is at stake?

Mixed Recycling: Recycling is in fact an overt priority for Scientology in theory which appears to go unfulfilled in actuality. One of their own organizational loci, the Flag Service Organization, completely fails to recycle even basic soda cans. Moreover, the Church of Scientology prints its pamphlets, magazines and fliers on glossy, heavy, non-environmentally friendly paper before sending them around the world to likely wind up littering streets and tossed into garbage cans. No, they aren’t evil for failing to recycle, but it seems incongruent to publicly advocate recycling and clean living but not to recycle in-house. 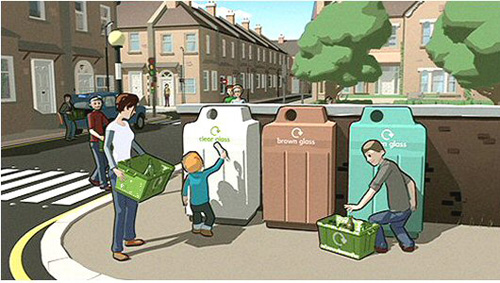 What Does it All Mean? Sure, the Church of Scientology puts on a great show for the public. They are active in local settings picking up trash, cleaning up parks and removing graffiti – all things that others outside the organization can see, appreciate and identify with. But one has to wonder if that’s not precisely the point: are they perhaps just focusing on the most obvious sustainable actions for the purposes of improving public perception of the organization and recruiting new individuals to it? Environmentally speaking they are perhaps at best stuck in a previous generation’s thought patterns, when it was believed that little things made the big differences in the end, or at worst just putting on a good show.

8 thoughts on “The Unsustainable Church of Scientology”