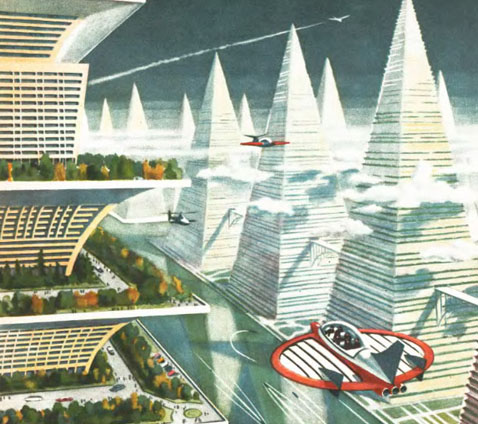 Let’s face it, trying to solve a big problem in one quick step rarely works out, particularly when the problem is global and touches on virtually all kinds of transporation. Too many alternative energy concept vehicles try too hard to rely on a single source of energy. Electric cars need frequent recharges and solar-powered vehicles of course need the sun. These three vehicles are a worthy stop-gap measure as the world slowly learns to rely less and less on conventional fuel sources and turns more and more to renewable energy. 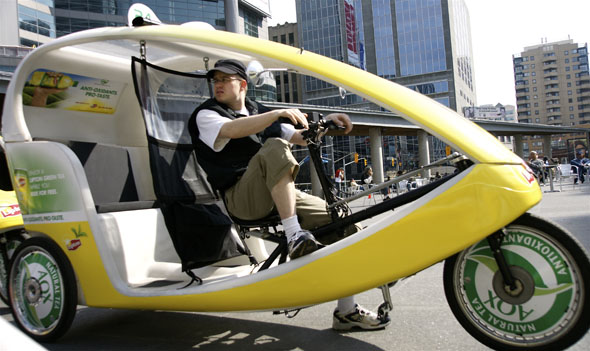 The Canadian Eco-Cab, however, is a hybrid of the best kind: it operates on two relatively eco-friendly fuel sources, human power and electricity, and avoids the need for fossil fuels altogether. The net result: the cabs can go at speeds faster than a bicycle and keep up relatively well with low-speed traffic and therefore be competitive modes of transportation. 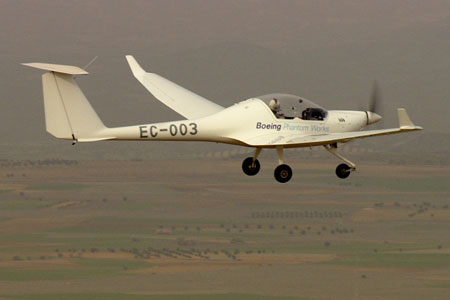 Just this month Boeing set the record for the first manned airplane flight powered by hydrogen fuel cells. These cells convert hydrogen into electricity without the airborne byproducts associated with burning fossil fuels. Heat and water are the only emissions and the heat can theoretically be reused. The craft itself is a simple two-seater propeller-driven airplane using a combination of battery and hydrogen fuel cell power. While it is not expected that these will become primary fuel sources in commercial jets they could be used as secondary power producers reducing the need for conventional and less environmentally friendly fuel sources.

While out on the open water why not tap into something that is virtually ubiquitous like the wind around you? A gigantic oceanic ship developed by German engineers will do just that. Their clever creation will be towed in part by a kite spanning the size of a football field. Will it provide all of their energy needs? No, but it will reduce costs and energy consumption. Is this new? Not exactly, but it is by far the most massive use of this technology to date – and the company using them plans to have 1500 in play within a decade.