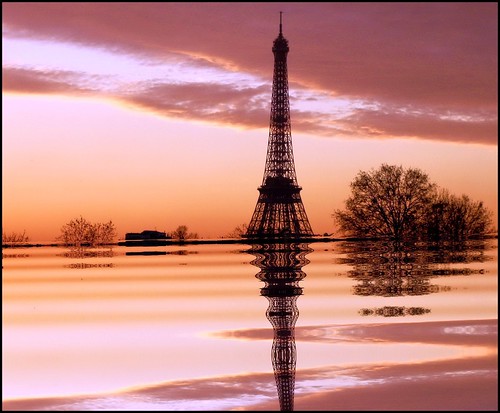 Without positive, permanent action taken RIGHT NOW, the latest estimates say we have 8 years and 4 months before climate change has reached an unstoppable point of build-up. And while the first thought of many is undoubtedly that the naysayers are on their soapboxes again, let’s point out that the report released today in The Guardian, a UK newspaper, says these numbers are based on the conservative outlook.

You see, the problem is that what we do today doesn’t have an affect for many years. Exactly how many years it takes for today’s carbon emissions to reach their full impact is under question, but the optimistic voices say 5 years, while the pessimistic ones say it could be as much as 20. The reason 5 years is the positive outlook is that until the emissions that are being released as I type have had their full impact, any reductions that are made tomorrow won’t begin to make a difference. If it requires two decades for today’s emissions to reach their full impact, then there is absolutely nothing that can be done to stop the buildup from 1988 through 2008, and we are, quite literally, in a world of hurt. On the other hand, if the maximum is only a 5 year waiting period, then by 2013 the efforts that are now underway may begin to reduce the catastrophic effects of buildup.

Aside from the United States’ Bush administration, there is no longer any doubt that climate change is happening, and that it is being sped along by the human population. The polar ice caps are definitely melting, the coasts of countries all over the world are certainly being eroded at geologically breakneck speeds, and water shortages are without question affecting regions which have never in recorded history felt such shortages. These are not opinions, they are well documented facts that can be seen in great detail by following the links included in this article.

Oddly, the 100 months countdown isn’t even a new number. In the early 1990’s U.S. Newspapers ran a series of syndicated articles on climate change, and estimated that irreparable damage would be attained in no more than 20 years. Those estimates were based on the best climate research available at the time, and here it is backed up, just over 10 years later, by climate research that has made tremendous amounts of progress in recent years. The only thing that has changed, it seems, is that humanity has allowed half the time they had to fix the problem slip away without any sort of positive action. It seems that the general public just doesn’t care about what will happen in the future.

As an example, take my roommate. He has 3 computers, all of which run most of every day, and only one is actually used for any real computing. Another one is used exclusively to monitor incoming telephone calls with a program that could run in the background on even an old 386 machine. He is infuriated that I explain it’s important to use water efficiently. “This is Florida,” he says, “there’s water everywhere.” That he can say this while ignoring his three computers and sitting in front of a television news program discussing the prolonged drought in south Florida is nothing short of amazing, but he is the rule, not the exception.

The question is, what will you do with the 8 years that are left for your way of life? Will you bother to fix the leaky faucets, or reduce your power consumption? Or will you decide that someone else will solve the problem, and that anything you can do as an individual makes no difference? Every single one of us has just been informed that we have 8 years to make drastic changes in our way of life, or climate change will take that way of life from us. What we do with that time will be the definition of our species. As I complete this article, the countdown clock says 70,481 hours remain.