This Shell test car was modified in 1973 to achieve over 376 miles per gallon and still holds the Guinness World Record for gas mileage. The ’59 Opel has a completely gutted interior – except for one bucket seat for the driver – and the top was chopped to lighten the weight of the car and improve aerodynamics. The axle and tires were both changed but the only modification to the engine was an insulated fuel line to turn the liquid gas into a vapor.

It’s not clear if this podular beach side resort was constructed with the environment in mind or simply for tourist appeal, but San Zhi was a project commissioned by the Taiwanese government in the 1970’s. It’s rumored that several died during the construction, causing the prospective vacationers to stay away. Now the seaside pods are abandoned and said to be haunted by the spirits of those who lost their lives in vain. 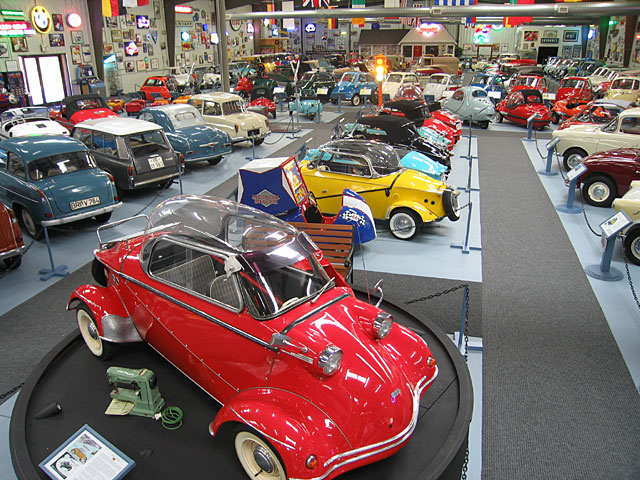 These tiny little microcars were all over European roads in the 1950’s and early 60’s. Some ran on 3 wheels and some 4, but they were all designed to conserve fuel, energy, and raw materials. Microcars were electric or operated on a small gas engine and could typically only carry 1 or 2 passengers, including the driver. This transport concept has finally been reintroduced, starting with the birth of the Smart car in 1998.

Just before the turn of the century, in 1897, the Benedetto family traveled through the streets of New York City with a pushcart collecting old rags, newspapers, and other trash in an effort to recycle and reuse rather than dump. Today this first recycling company is still owned and operated by the Benedettos, but it is now known as TFC – a company based in Chesapeake, Virginia. 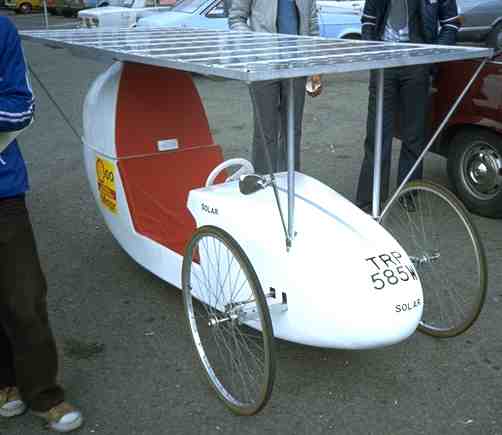 While William Cobb was credited with the first prototype for a solar powered car in 1955, his 15 inch model wasn’t too realistic for anyone other than Barbie. Englishman Alan Freeman developed the solar powered car above in 1979 and is thought to be the first human-sized solar vehicle.

Now home to one of New England’s best ski resorts, Crutched Mountain was the location of the first wind farm in the world. 20 turbines scattered the mountain top, installed in 1980 by now bankrupt company US Windpower. Unfortunately, the windmills were consistently in need of repairs and the wind farm was a flop. 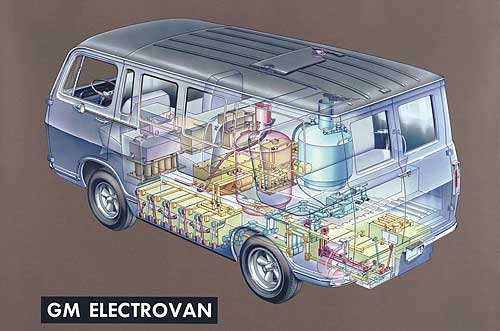 550-feet of piping and 2 large tanks meant this hydrogen powered van only had room for 2 passengers, but the 1966 creation by General Motors boasted a top speed of 70 MPH and could travel 120 miles. Exploding hydrogen tanks and an extreme cost were reasons to scrap the concept.

Built in 1891, the Schermerhorn Building in New York City went green after renovations in 1992 – 6 years before LEED certified practices were adopted in the US. The building now houses the headquarters of the National Audibon Society and features daylight dimming sensors, automatic light turnoffs, a gas-fired heater-chiller, comprehensive recycling system, and energy efficient heating.

National standards for organic foods weren’t set by the USDA until the 1990’s, but the organic movement found its start among small farmers in 1972. Sweet Earth Organic Farm is one of the few purely organic farms from this era still supplying natural produce today. The 120 acre farm is located in southwest Wisconsin where Farmer Renee specializes in heirloom plants and has tended the earth for more than 30 years.

7 thoughts on “Top 10 Eco Innovations of the 20th Century”