We recently posted the top 10 eco innovations of the 20th century; now, as we get another year closer to the end of the first decade of a new millennium, we’ll take a look at the most innovative green advancements made so far in the 21st century…

The solar powered Zephr set records for unmanned non-fueled flight in August of 2008, flying for more than 83 and a half hours straight, while plans for manned solar airplanes are getting closer and closer to becoming reality. The Solar Impulse, featuring an 80 meter wing span and lithium ion batteries, is proposed for test flights in 2009. By 2011, the Impulse plans to be the first manned solar plane to circle the world. The trip will be broken into a series of legs with 4 to 5 stopovers. Advancements in battery technology could make a 2 passenger solar plane possible in the near future – possibly multi-passenger or cargo planes in the years to come?!

The technology to reuse animal waste to generate energy is one of the greatest eco innovations of the 21st century. Dairyland Power operates 3 animal waste to energy plants in Wisconsin; Pacific Gas and Electric has made an agreement with Bioenergy Solutions to use their “pipeline quality natural gas derived from cow manure” to supply Fresno County residents with gas; there’s also a plant in Northwest Washington that supplies electricity generated from animal waste. These are just a handful of similar plants already in operation or in the planning stages.

Solar powered LEDs are commonly used for garden and landscape lighting. New uses for these clean and bright sources of light include solar powered street lights, energy-free reading lights, and low cost solar powered lanterns to replace the use of kerosene lamps in many developing countries.

Bamboo has been around (and in use) for centuries – it was used to make paper, bowls and cups, and even weapons in early China and the first bamboo floors were produced in 1993. 21st century eco innovations have taken bamboo to all new levels. Bamboo skateboards, unique furniture, disposable biodegradable plates and utensils, bamboo textiles for 100% bamboo clothing, and even bamboo golf tees that easily shred to nourish rather than litter the greens are all now available as green alternatives.

While the concept of jumping stilts came about just before the turn of the century in 1999, these innovative products have gained their fame in the past few years. Powerisers, Power Skips, and a number of similar brands are now available around the world. While their manufacturing isn’t especially eco-friendly, Powerisers rival the quickness of a bike commute but with much more excitement. Treehugger first featured Powerisers in 2006, recently updated to include the extreme sports side of Powerisers last March.

Structural insulated panels (SIPs) have been around for decades – Frank Lloyd Wright actually used SIPs in his homes in the 30’s and 40’s. The first foam core panels were made in 1952 by Alden B. Dow, one of Wright’s students and son of Dow Chemical Company’s founder. Technology in the 90’s took SIPs to an all new level and are now the most cost effective and energy efficient way to build, especially prefab and modular homes.

The first manufactured home built with foam core panels was Concept 2000, a project by Champion Homes and Pacific Northwest Laboratories completed in 2001. The double-wide manufactured home traveled 300 miles before setup, arriving at the destination with little to no structural damage – even suffering fewer drywall cracks than typical transported homes. The Washington home was proposed to use nearly half of the electricity consumed by traditional manufactured homes, but I’ve found no evidence to support their continued use in mobile home construction.

Other applications of SIPs in green building are growing in leaps and bounds, promising to be the building material of the 21st century. Modular, timber framed, and extraordinary, off-grid hybrid houses all make use of foam core panels to increase efficiency and decrease environmental impact.

Clothing and fashion have long been a popular and necessary part of society, but increased spending and limited technology for recyclable materials has resulted in heaps of fashionable threads taking up space in landfills. Designer Helen Storey, along with professor Tony Ryan and fabric designer Trish Belford, created polymer-plastic clothing that slowly dissolves away in the wash. The fashions, displayed and dissolved at the Wonderland exhibitions in Sheffield and Belfast, are more of a statement than a new fad – but an intriguing eco innovation, nonetheless. The 26 day exhibit at Sheffield also showcased dissolving plastic bottles that miraculously grow colorful flowers after the plastic disappears under the tap. 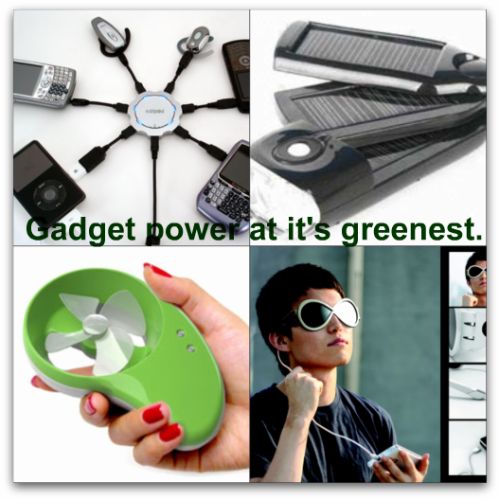 We’re a gadget-dependent society. The 21st century has seen the birth of an array of green inventions to keep our electronics charged up whether we’re at home or on the go. The ChargePod 6-way charger can charge phones, iPods, Bluetooth headsets, and other mobile electronics excluding laptops. On-the-go charging comes from the wind with the hymini or from the sun with the solar light charger or the portable Solio. The solar panel sunglasses above are stylish, block the sun, and charge your iPod wherever you go.

The iRobot family of cleaning robots have made 21st century cleaning much easier – indoor and out. A few companies are starting to take the concept to a greener level, eliminating the need for electrical charging. The Solar Breeze above is a robotic pool skimmer that continuously cleans the pool by the power of the sun. The solar powered Automower below is made by Husquevarna and features zero emissions with lower noise output. 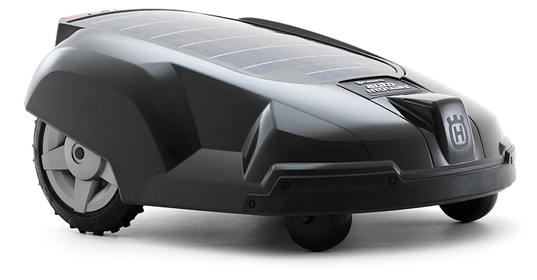 Electronics waste has become a tremendous concern in the age of technology. Mercury, lead, cadmium, and other chemicals found within typical electronics seep into the soil and the water supply as our discarded televisions and computers take up space in landfills. Regulations regarding the export of electronics waste, as well as incentives for recycling or reusing, have made a significant impact on the growing e-waste problem. Many electronics manufacturers provide e-cycling programs along with Best Buy, the US Postal Service, and several other retailers and private organizations. Visit My Green Electronics to find a place that can reuse or recycle your old electronics. 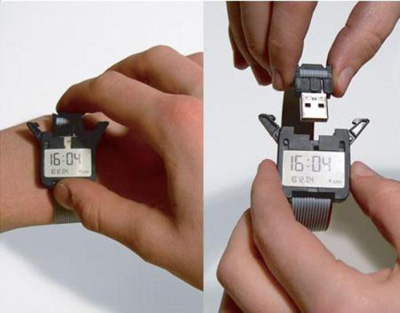 Besides the super cool and extremely unique recycled computer watch above, the 21st century is seeing a great collection of new electronics made from post-consumer recyclables or renewable resources. The Dell Studio Hybrid is made of recycled materials, packed with recycled materials, and uses 70% less power than traditional models while the Macbook Air boasts an aluminum casing and freedom from the lead, mercury, and other toxins commonly found in a laptop. The Nokia Evolve is a greener mobile phone made with mostly renewable materials and 60% recycled packaging; Samsung’s Eco-Phone lineup are made of bioplastics derived from corn.

In the past, Americans have thrown away about 38 billion plastic bags each year. Reusable shopping bags have been around for centuries, but it wasn’t until the 21st century that their importance to modern society was globally recognized. The first plastic bag surcharge was an initiative in Ireland, began in 2003. Single use plastic bags have been banned in South Africa, China, and a number of European countries. Taxes on thicker shopping bags are common and some areas require shoppers to pay for plastic bags. In the US, a number of stores and local governments are taking similar actions – increasing the appeal of reusable shopping totes

Offshore wind farms have supplied power in Denmark since 1991; the first offshore farm in the UK was constructed in 2003. While large scale wind farms are becoming common sights on American land, the first offshore facility isn’t too far in the future. Cape Wind, off the coast of Massachusetts in Nantucket Bay, has been approved and permitting is projected to be complete by March.

Magnet powered skateboards and Shake Control magnetic powered remotes are just the beginning of the roles magnets and electromagnetic fields will play in the future of sustainable innovation. The magnetic motorbike above features a hybrid cross between an electromagnet and a permanent magnet within the motor and a battery that charges electrically in about 6 hours. With a top speed of about 93 miles an hour and the ability to travel 112 miles on a charge, the concept may be the future of green transport.

A spark of green innovation that faded away quicker than it was kindled, the compressed air car was first invented in 1932 by JM Custer of Arkansas. The concept has regained interest and should soon be the eco-friendly car of the 21st century. Zero-Pollution Motors in New York plans to build America’s first air car, based on technology by MDI, by 2010 with a sticker price of just $18,000. There are a number of other manufacturers working on air car concepts as well.